Richard M R Smith is proudly built on the back of a wealth of family history and experience
Our story…
In December 1984, Richard joined his father Stan in the family Jacquard weaving manufacturer E & S Smith (est 1935) at Stadium Mills, Odsal, Bradford. For the next 20 years they grew the family business from a small weaver using Northrop shuttle looms employing a staff of 15 to one of the UK leaders in the development and production of inherently flame retardant (FR Colour) woven Jacquard Furnishing Fabrics.

During these busy years, fabric produced at the factory found its way onto exclusive and everyday furniture and drapery around the world. Notable placements included furnishings on Ocean liners like the QE2, royal palaces, embassies, exclusive hotels and opulent residences.
The factories fabric could also be seen on early morning TV furnishing the GMTV sofa, and at teatime on the BBC situated on the chairs Terry Wogan sat his VIP guests on! 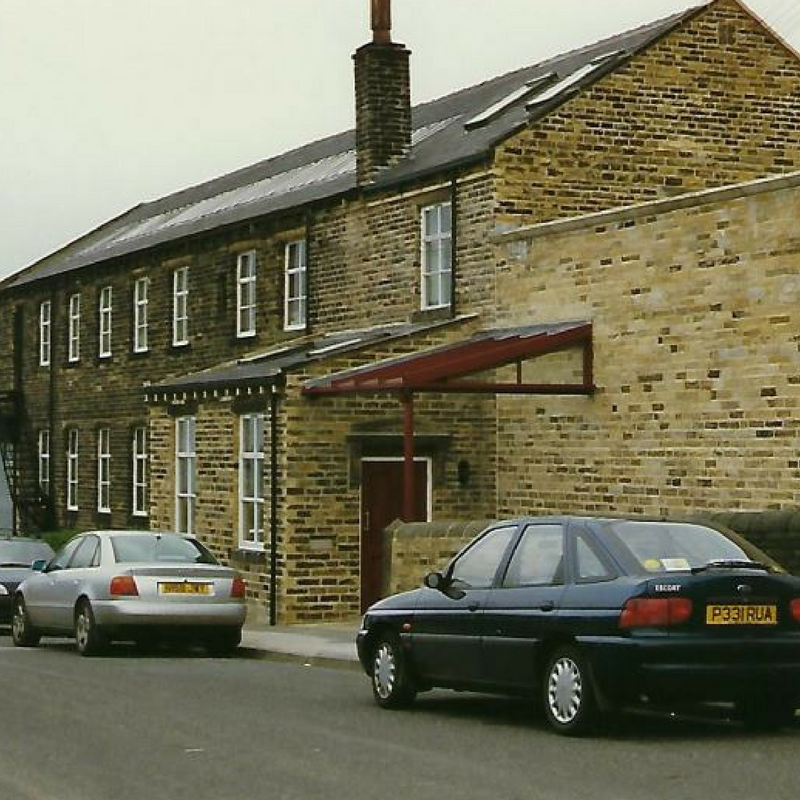 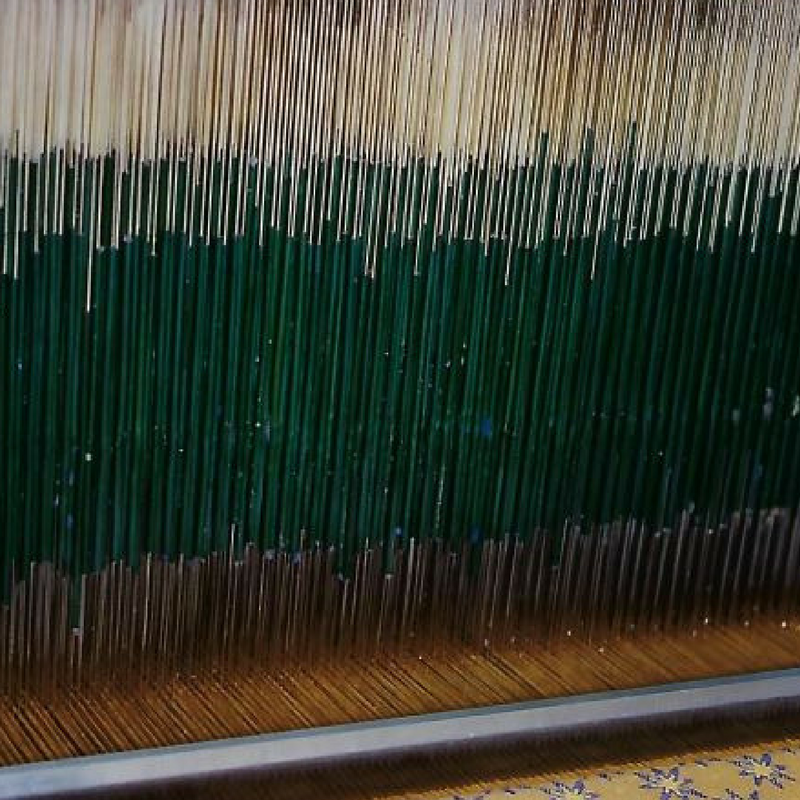 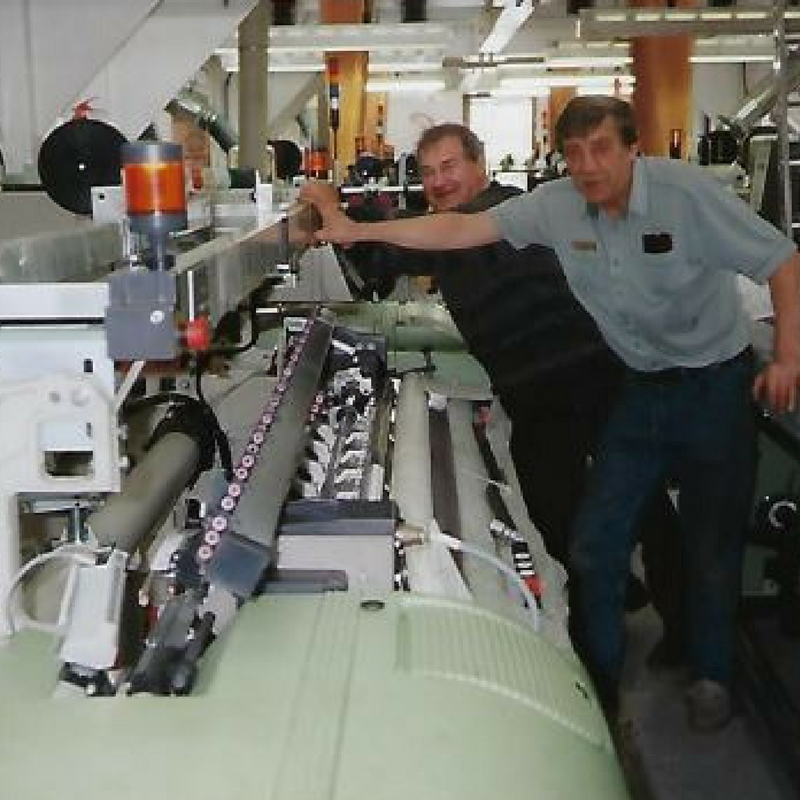 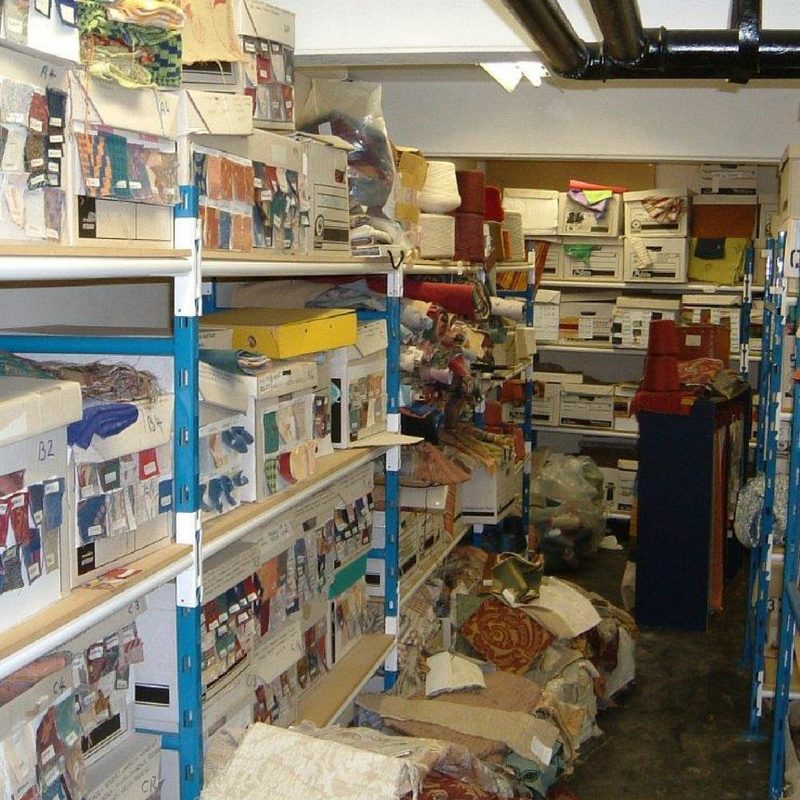 Small section of the Archive store 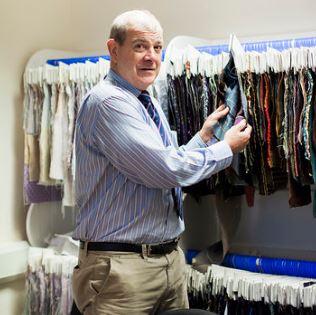 Richard Smith in his workshop

Following the closure of the family Mill, Richard has assisted a number of small independent weavers as well as working with a division of Burberry developing non-Burberry furnishings.

In 2009 Richard set up his Textile services and sales agency developing and supplying quality fabrics from UK and international mills. In conjunction with the mills impressive design resources, Richard utilises his own archive collection to assist customers find inspiration for their ‘new’ ideas.

Throughout his career, Richard has developed a wealth of specialist knowledge in the industry and today also offers a premium consultancy service to UK weavers and wholesalers.

Access ranges of fabric from the international mills we represent, source inspiration from our Archive or let us assist you with manufacturing, logistic or new market challenges.